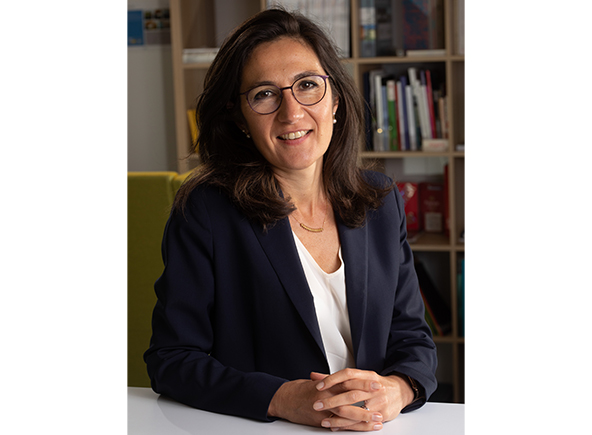 Delphine is a member of the Executive Committee and Group Management Board and will report to Chairman and CEO Thierry de La Tour d’Artaise. Ms. Segura-Vaylet will manage the Human Resources Department for the Group and its subsidiaries worldwide. She will also be responsible for the following departments: Learning and Development, Staff Administration and HR Reporting, Management and Organizational Development, Compensation and Benefits and Sustainable Development.

Delphine started her career at Thales, where she held various HR Director positions in the 13 years she spent at the Group.  She then moved to STMicroelectronics in 2007 to take on the role of Group Human Resources Director in the Digital Consumer Division. For four years, she was also responsible for People Development and Performance Management of Organizations, and then in charge of Training at the Group level. In 2014, she joined Zodiac Aerospace as Group Human Resources Director and COMEX member until it was sold to Safran. She then joined the TOTAL Group in 2017 as Vice President in charge of Group Human Resources Strategy and Policy.

Thierry DE LA TOUR D’ARTAISE, Chairman and CEO of Groupe SEB, commented: “We are delighted to welcome Delphine Segura-Vaylet to the team. She will be tasked with supporting the development of our strategic plan to fulfill the Group’s ambitions. Along with the Executive Committee, I would like to wish Delphine every success in her new position.”

2021-10-05 - 08:00 am
After being a pioneer in the reparability field with the launch of the “Ten-year repairable product” policy in 2015, Groupe SEB is now concretizing its commitment to eco-design by introducing its ECOdesign label.

2021-09-24 - 05:00 pm
For a Group that sells more than 12 products per second worldwide, saving the planet's resources and thus limiting its environmental footprint is a priority. In this context, Groupe SEB Middle East lauches the first ever “Recycle with Tefal” cookware campaign in the United Arab Emirates.