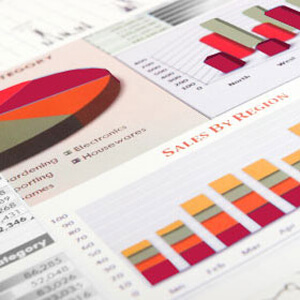 Despite the crisis-ridden economic context, the Group achieved further growth in sales at current exchange rates in 2012, and limited the drop in its operating result from activity following two record years. Its financial situation remains healthy and sound.

In a year 2012 marked by a sluggish economic environment and a highly competitive, promotion-driven environment, Groupe SEB reported 2012 revenue of €4,060 million, up 2.4% as reported and down 0.9% like-for-like (i.e. at constant exchange rates and based on a comparable scope of consolidation), reflecting several elements:

A mesure decline in Operating result from activity

The operating profit amounted to €368M, down 8.5% on the 2011 revised operating result. This was after discretionary and non-discretionary profit-sharing of €48 million (versus €44 million in 2011), including in particular the impact of the higher “forfait social” tax in France and the Group’s matching payments under last autumn’s employee shareholder plan. The financial result is -€63M, including a rise in financial charges on the debt – due to the increased average debt, higher in 2012 than in 2011 – and impairment charge on the shares in the Indian company Maharaja Whiteline.

Profit attributable to equity holders of the parent amounted to €194 million versus €235 million in 2011.

As of 31 December 2012, consolidated equity amounted to €1,462M and the financial debt to €556M, compared with €673M a year earlier. This reduction is largely due to the high level of cash generated from operations, and represents the best performance of the last three years. These figures confirm Groupe SEB’s robust financial position.

The Board of Directors decided to recommend setting the 2012 dividend at €1.32 per share, an increase of 5.6% over the previous year.